The history of the castle actually begins with the lord of the castle Bertram von Bourscheid, whose name was mentioned for the first time in 1095. The construction of the castle dates back to the year 1000 and is based on even older buildings. The castle lies on a schist rock accessible only from the northwest, 150 meters above the right bank of the Sûre, 360 to 380 m above sea level. The ruins of this complex still bear witness to a significant festival, which is about 151 m long and 53 m wide 12,000 square meters surrounded by a strong ring wall with cages and eleven towers. Around the year 1000, a primitive wooden fortification became the first solid stone castle. Excavations revealed Roman, Merovingian, Carolingian and Ottonian traces. From this first Romanesque-Gothic castle testify now only donjon and ring wall, today inner ring wall. The outer ring wall, reinforced with eight towers, was completed in 1384. At the same time, the Stolzemburg house with its Gothic vaulted cellar was built. 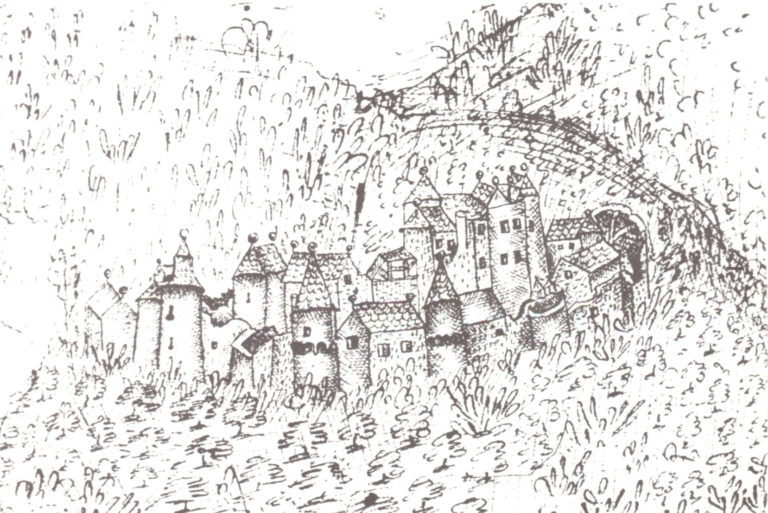 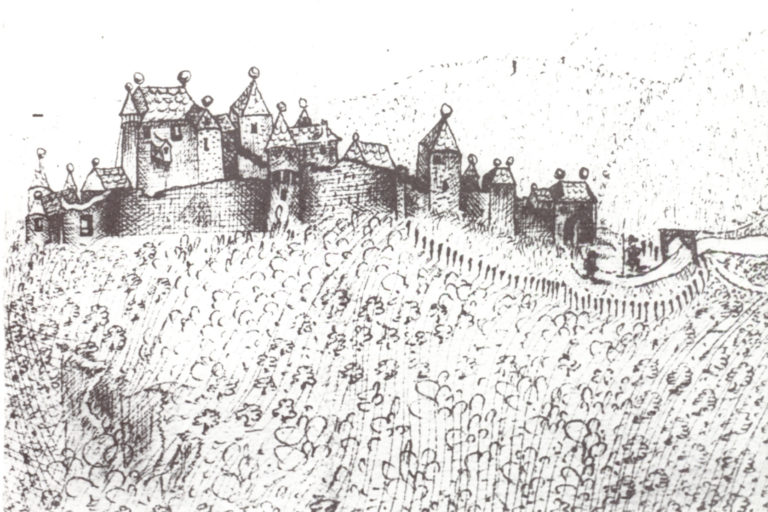 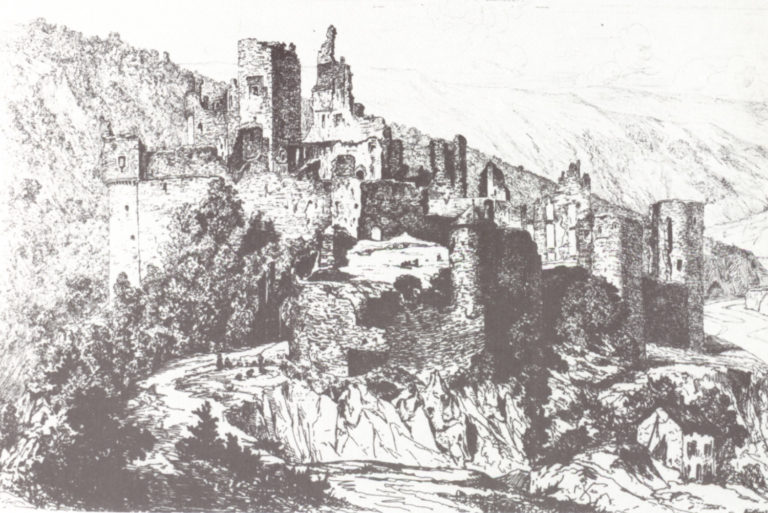 After 1472, the outer bailey was built with the outside gate protected by palisades, the mighty artillery bastion and a trench flanked by four towers, which was secured by a drawbridge. When the last lord of Bourscheid died without descendants in 1512, his heirs established three separate dwellings in the castle; those of Metternich in the old Palas and in the keep, the Zant of Merl in the lower part of the upper castle and the Ahr in Stolzemburger house. In the 16th century, the castle was supplemented by an access gate with artillery bastions. With the invasion of the French in 1794 ended the feudal and castle period. In the fall of 1802, the Bourscheider Archive was brought to Gemünden im Hunsrück because of the takeover of the castle by the heir Freiherr von Schmidtburg, chamberlain of the Elector and Archbishop of Trier.1812 Schmidtburg auctioned off his property piece by piece: floorboards, stairs, doors and even single bars. The register of Bourscheid records every administrative act. So also all judgments that have been spoken on Burscheid since 1095. The complete originals are stored in Gemünden, as copies they have the Burgfreunde in Bourscheid, summarized in ten books. After the auction, the castle disintegrated into a ruin. The ruins were classified as a “historical monument” in 1936 and acquired by the state in 1972. Since then, it has been extensively excavated and restored. Only two buildings on the castle grounds are reconstructed according to the old model: the porter’s apartment and the Stolzemburger house. 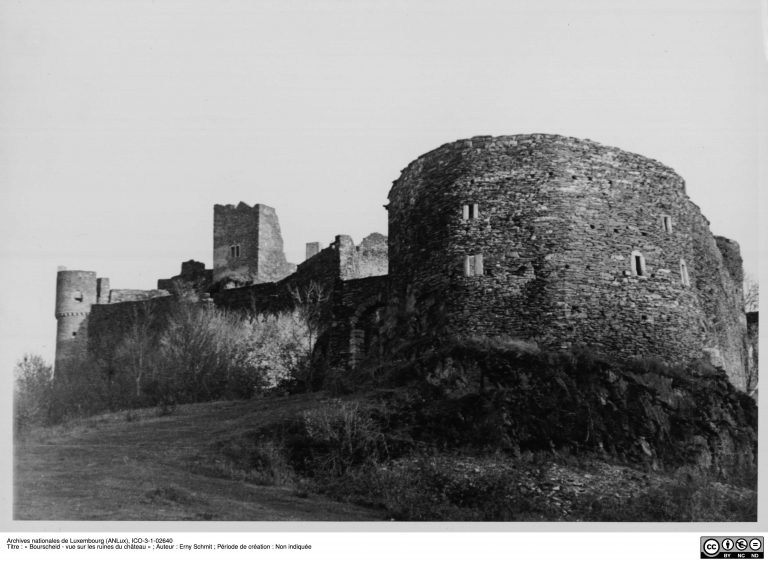 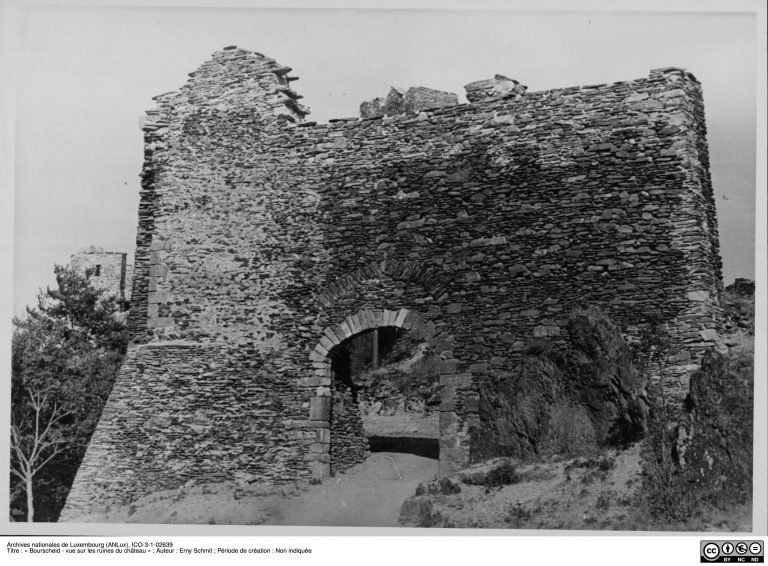 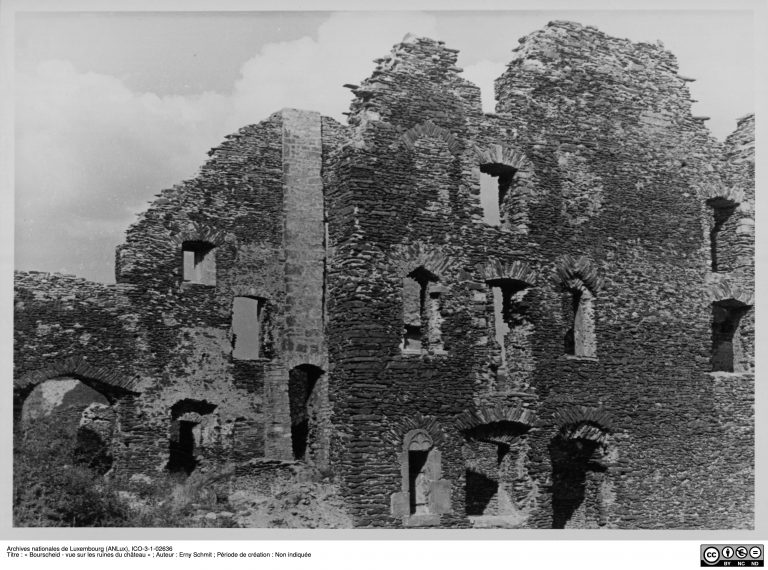 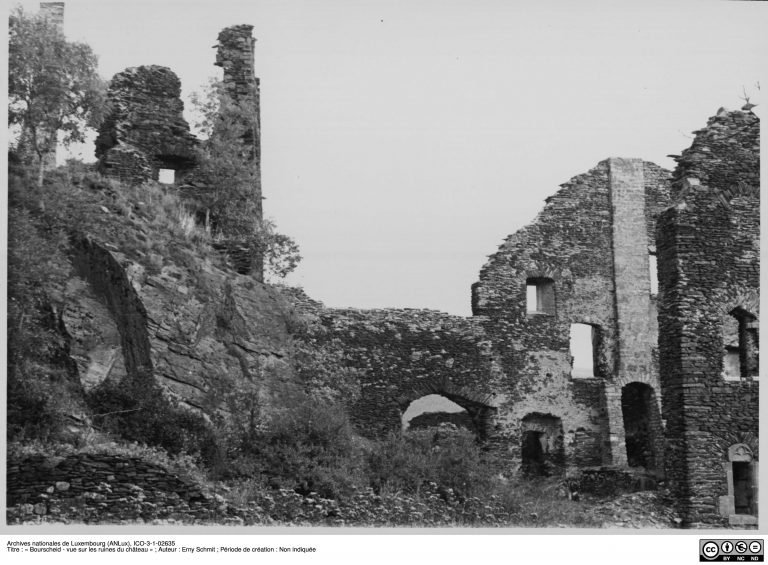 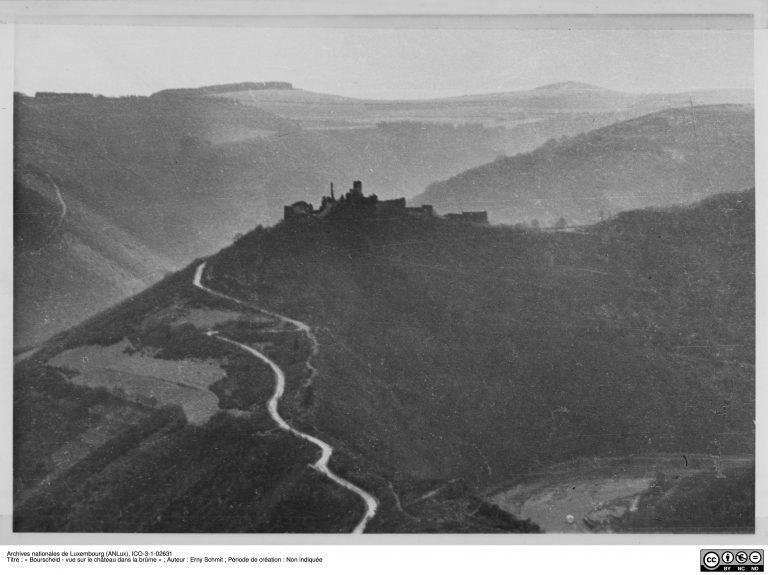 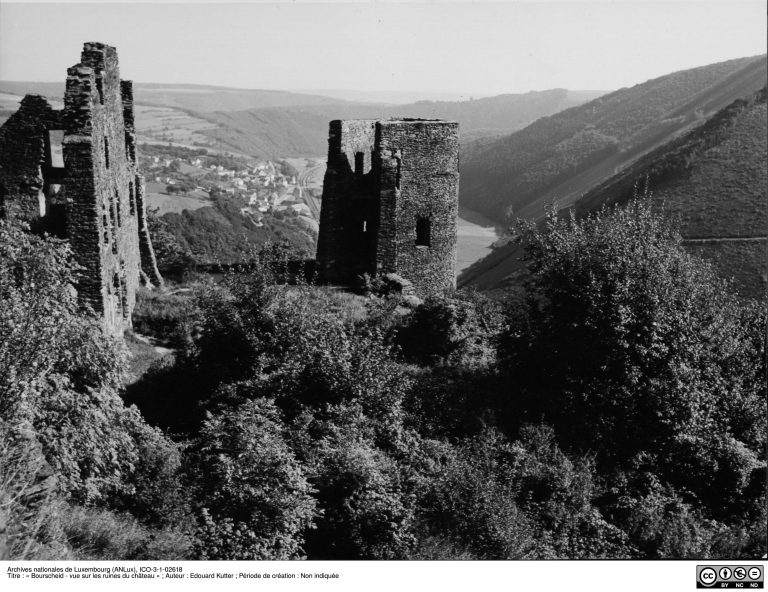 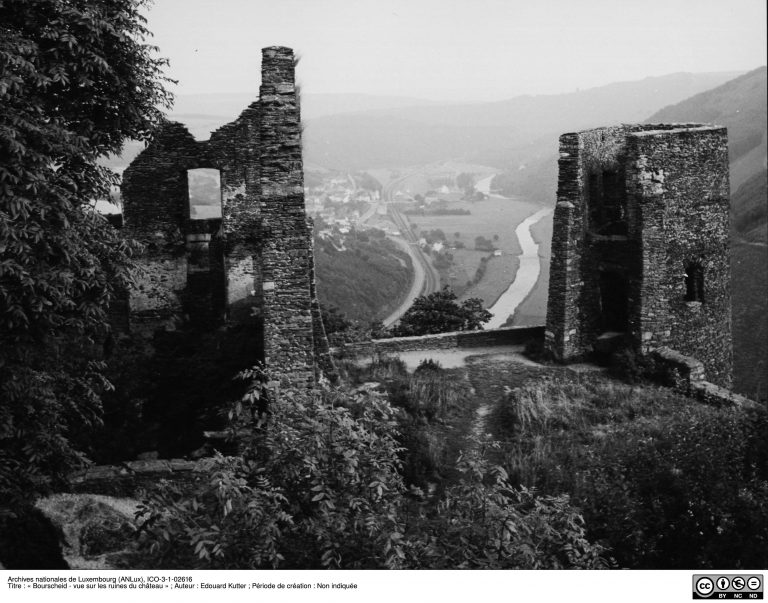 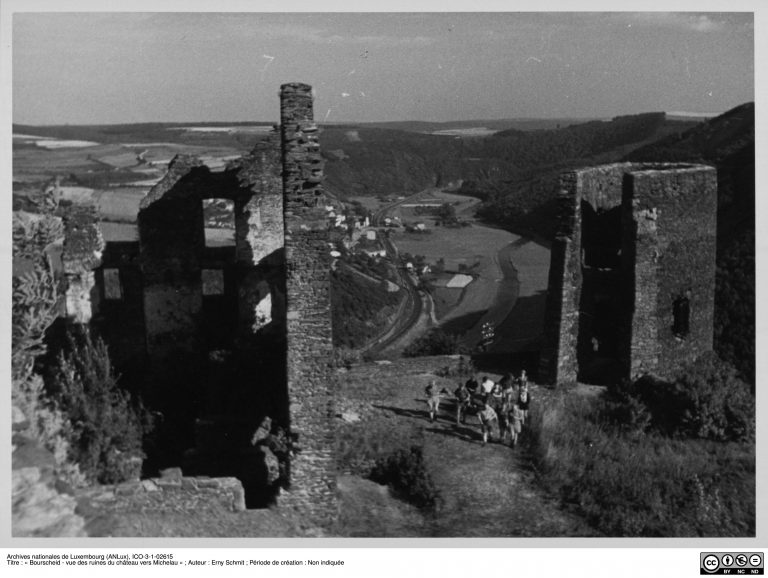 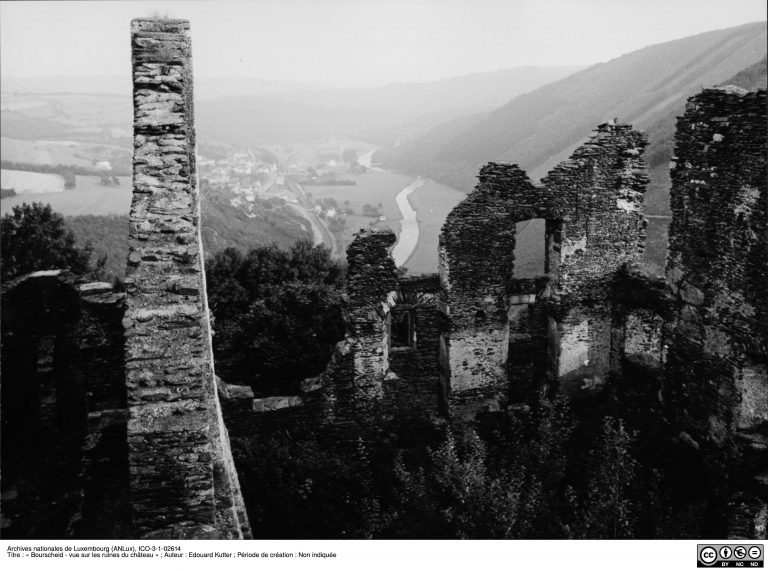 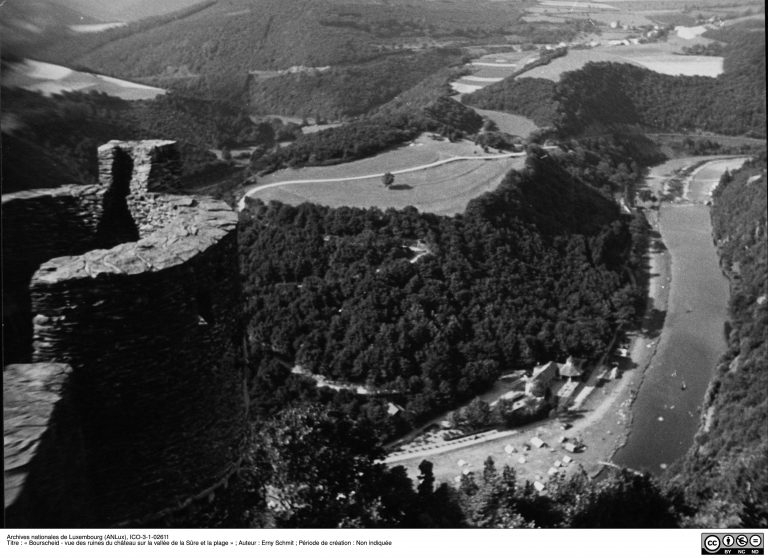 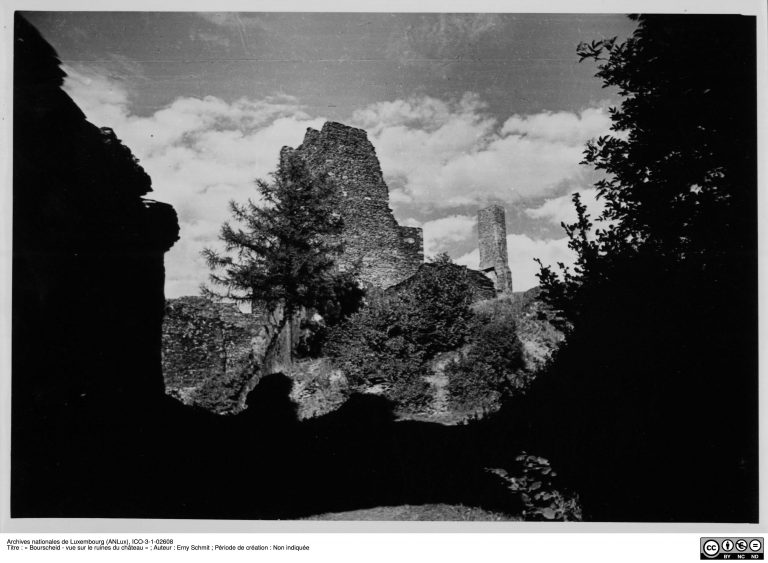 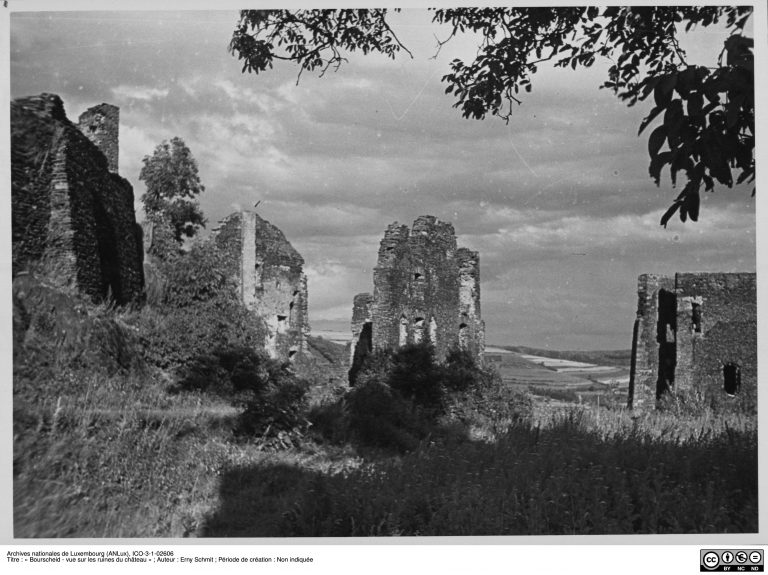 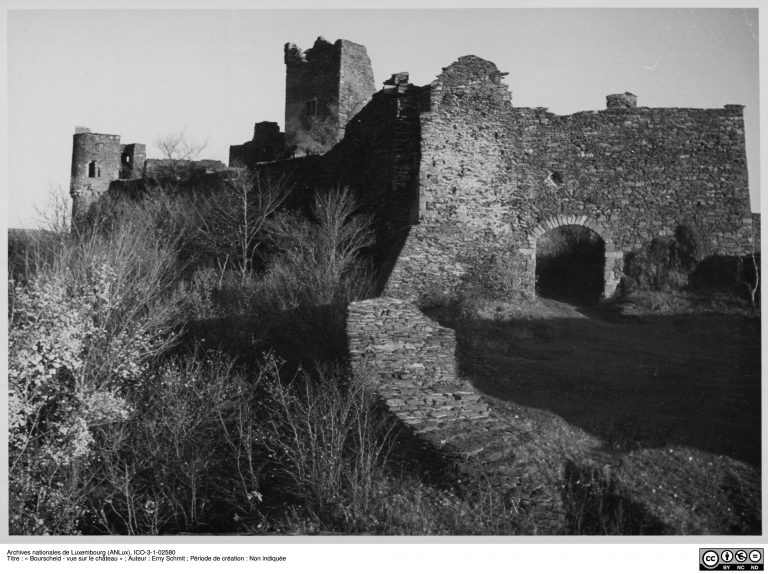 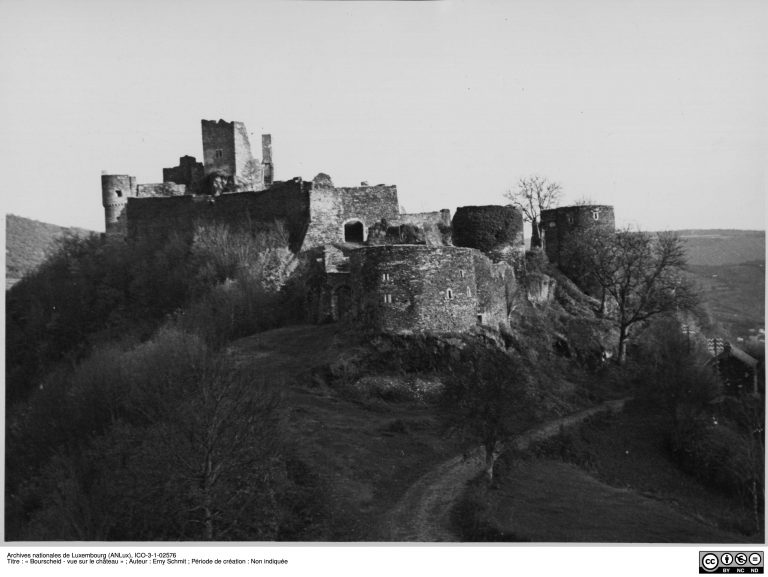 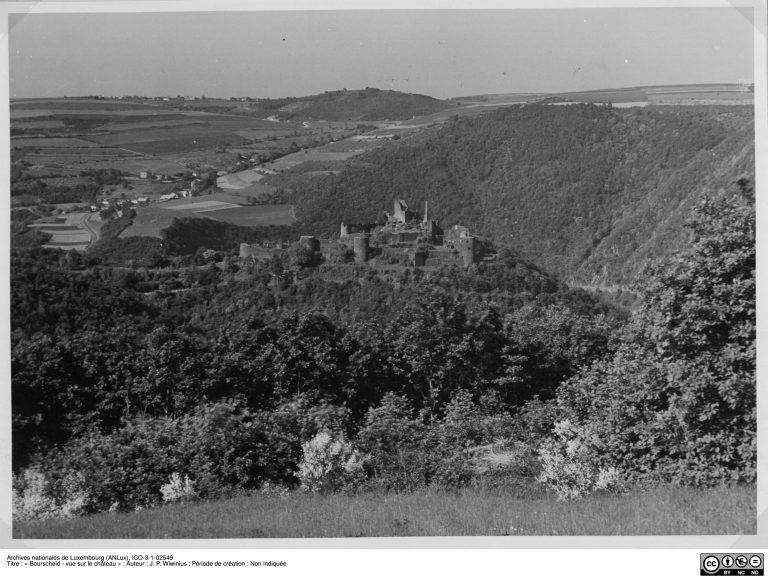